Turn a Garage into a Man Cave

Andy G. is a lucky man… he’s got a great car, a great man cave, and (apparently) a great wife… not only does she let him have these wonderful guy things, but she helped him put some totally extra coolness into his cave.

We get a lot of pictures of our wallpaper wall murals installed in garages.  Seems that for a lot of men, it is their refuge.  I don’t know about your neighborhood, but when any of the guys on my street are out in their garages and have the door up, it’s sure to attract another dude or two… just to hang out or lend a hand changing the oil.

To get just the effect of a full grill he was looking for, Andy actually ordered two versions of the same Royal Corvette mural: one in original orientation and one in a mirrored/reverse orientation. He then installed them together to create one full grill. The original mural image is below so you can see exactly what he accomplished.

The first mural was the Royal Corvette in the small size.  I ordered one and also another mirrored.  They were trimmed removing the windshield and the top part of the mural.  Otherwise it would have looked like there were two windshields.  I then played with where to match them up.  Never could get them quite perfect as you can see by the grille teeth but they are close enough for a garage.

I am very happy with how easy these were to install.  It is a two person job to hang these and I am glad I had my wife to help.

Andy — thanks so much for sharing your retreat with us.  Yes — we’re a little jealous 🙂

If you’re a guy with a space of your own and want to add a little extra coolness to your man cave, take a look at this special collection.  Or, just search our collection according to your passion (cars, sports, or whatever). 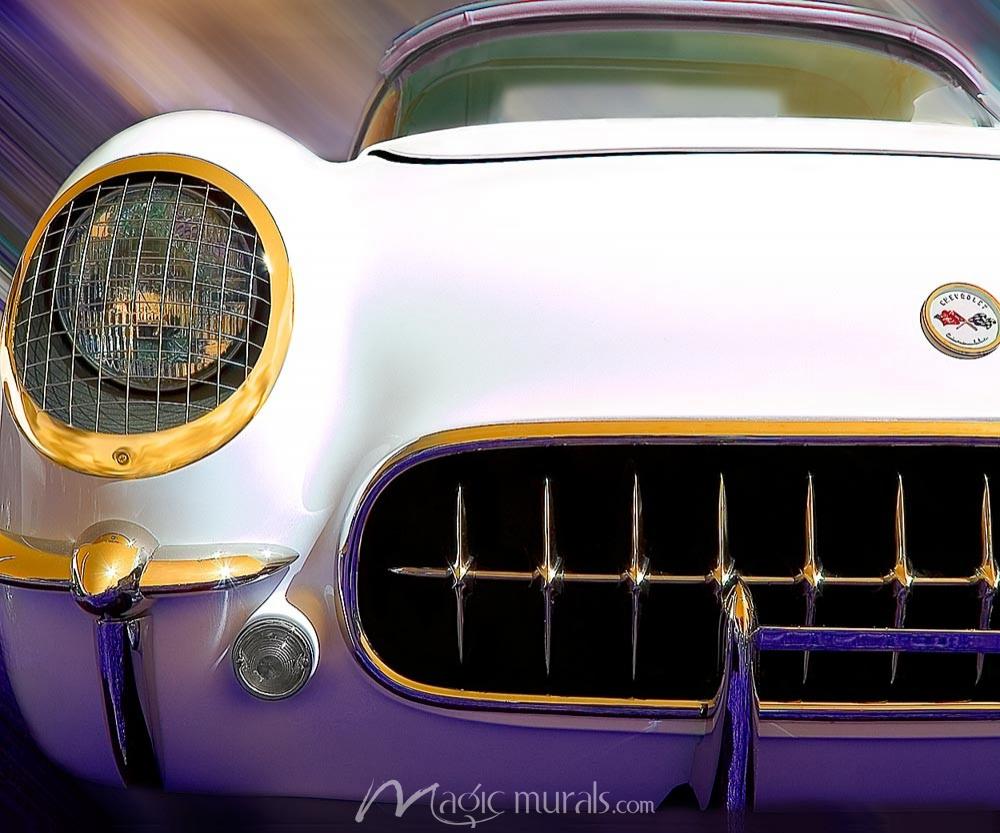 This is the original image of the Royal Corvette mural. Andy used two (one mirrored) to create a custom look with a full grill.

Like 1 Thanks! You've already liked this
1 comment
« Custom Trevi Fountain Headboard » All Wall Murals at 40% Off Regular Prices – Now through July 10th

Get Social With Us 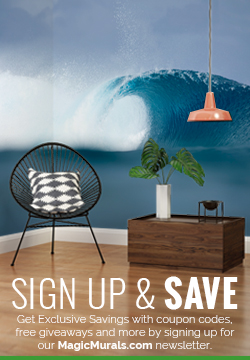